Leadership is one of our differentiating strengths at AAP. To efficiently execute your project, you require a strong, highly motivated team using the right tools to carry out and interpret results from well-executed experiments. Leadership is the key component that makes all of this happen. At AAP we have the right leadership. 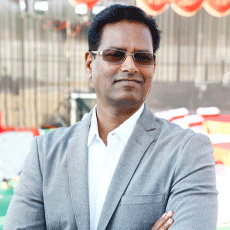 Sreenu graduated in 1995 from the Indian Institute of Chemical Technology (IICT) in Hyderabad, India, where he studied carbohydrate chemistry under the guidance of Dr. Hari Babu Mereyala. After earning his PhD he moved on to do postdoctoral work with Professor Albert Eschenmoser at both the ETH in Zurich, Switzerland and at The Scripps Research Institute in La Jolla, California. He then joined AMRI as a Research Scientist in early 2001and in mid 2005 he relocated back to Hyderabad as Part of the leadership team to establish a new research center for AMRI.

In 2007 Sreenu was hired as a Senior Director of Process R&D at Sai Advantium (now Sai Life Sciences), one of the fastest growing CRO’s in India. While there, Sreenu recruited an impressive staff of senior scientists and fundamentally changed the lab culture by insisting on accountability and project ownership among the R&D.

In late 2008 Sreenu left Sai to found AAP Pharma Technologies India Pvt. Ltd. where he started with 2 chemists and has continued this practice with great success. Now the team has grown to 60 people and counting... 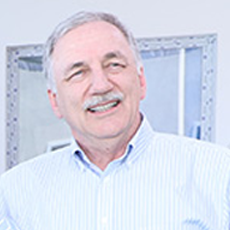 Greg earned his PhD in 1983 at the University of Wisconsin carrying out natural product total synthesis with Professor Edwin Vedejs. He then continued with natural product total synthesis as a postdoc at Harvard University with Professor E. J. Corey. Greg’s first industrial position was as a Scientist in Process R&D at the Upjohn Company, which was followed by his first lab managerial experience as a Department Head in Chemical Development at BMS in Syracuse, NY.

In 1998 Greg left BMS to co-found American Advanced Organics (AAO), a CRO which established a reputation for fast and reliable kilo lab synthesis. During its first two years in operation, AAO successfully completed more than 90 custom synthesis projects, with many of them involving the initial scale up of a synthesis. In 2000, AAO was sold to AMRI, where Greg ultimately relocated to Albany and became Senior Director of Chemical Development. In 2004 Greg became Site Director at the Cambrex Centre for Technical Excellence where he was responsible for contract process R&D and kilo lab GMP synthesis. In late 2005 he accepted a two-year faculty position at Union College and in 2007 he joined Sai Advantium (now Sai Life Sciences) as Senior Vice President of Process and Scale Up. While at Sai, Greg recruited Sreenu for a second time. In 2009 Greg accepted the position of Vice President of Technology at PCI Synthesis (now Seqens) in Massachusetts where he was responsible for R&D, kilo scale GMP synthesis and project management. He left PCI in 2012 to become a consultant to the pharma industry. 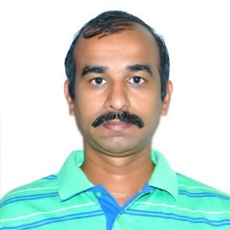 Manoj completed his master’s degree in 2002 from Osmania University, Hyderabad. He has 15 years of potential experience in pharma industry. He started his journey with pharma industry as a Research Scientist trainee at Albany Molecular Research Inc., (AMRI), Hyderabad in 2005 and worked there for 5 years before he moves to AAP on 2010. From 2010, he is working at AAP where he is engaged in the strategic planning, securing on time delivery of high-quality materials, experimental design, optimization of synthesis and purification protocols on lab scale to kilo scale, including process chemistry. Currently he is working as a Group Leader at AAP.

Uttam earned his PhD in 2012 form Indian Institute of Chemical technology (IICT), Hyderabad under the guidance of Dr. J.S. Yadav. During his PhD, he studied the total synthesis of several natural products and development of new methodologies. After submission of his thesis in November 2011, he joined AAP in December 2011 as a senior research scientist. He continued at AAP until July 2014 and worked as senior research scientist-I before he moved to South Korea for his post-doctoral studies with Prof. Taebo Sim at Korea Institute of Science and Technologies for 2 years. During his pot-doctoral research, he worked on the total syntheses of several natural products and one of them contained 23 steps as longest linear sequence with 35 overall steps. Along with the total synthesis, he was also worked on the medicinal chemistry. After his post-doctoral research, he re-joined AAP and continuing his career here. Presently he holds the Group Leader position and maintaining a group of 10-15 scientists and chemists. He is highly skilled Synthetic Organic Chemist with about 7 years’ experience in AAP with hands on experience on process R&D, medicinal chemistry and custom synthesis with expertise in multi-step stereo selective synthesis of highly functionalized organic molecules for drug discovery and development. He has successfully developed process on gram to multi kilogram scale of several generic APIs as well as investigational drugs in several phase of clinical trials. He has profound knowledge in this field and efficiently managing teleconferences with clients, writing update and final reports/tech pack. He has published his doctoral and post-doctoral work in 12 reputed international journals. He is also a co-inventor of two US patents published by one of our clients. 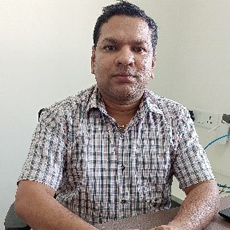 Samad joined Indian Institute of Chemical Technology (IICT) as a research scholar in 2006 where he studied natural product synthesis under Dr. J S. Yadav’s guidance and awarded PhD degree in 2012. Thereafter, he joined Invictus Oncology Pvt. Ltd., Delhi, as scientist-I where he established a chemistry lab and played key role in discovery chemistry department. He was also involved in drug design and nano-formulation development of various anticancer drugs. In 2019 Invictus Oncology was acquired by Akamara Biomedicine Pvt. Ltd. where he worked as a scientist-II. In November 2019, he joined AAP as scientist-II and managing a chemistry team focusing process development of APIs under various phases of clinical development. Samad has around 8 years working experience in the pharmaceutical industry and gained deeper understanding in this field. He has published his doctoral work in 5 reputed international journals. He also has published an US patent while he was working at Invictus Oncology Pvt. Ltd. Delhi.