The core of our team of chemists is composed of experienced organic chemists with PhD & MS degrees. The range in experience for our whole team is from years to recent graduates, with the experienced chemists coming from the regions top CROs. Our rigorous recruiting process ensures that they have the right combination of knowledge and experience, and that they will thrive in the different workplace culture at AAP.

Kiran completed his MSc in 2007 from Kakatiya University where he studied organic chemistry. He has 12 years of experience in pharma industry. He started his career as a trainee chemist at Sai Advantium Pharma (Sai) in 2008. Then he moved to AAP as a senior research chemist in 2010. Currently he has been working as a Senior Research Scientist at AAP and leading a team of 3-4 chemists. He has completed various process development projects along with their scale up on several hundred-kilogram scale

Dinesh received his PhD from Indian Institute of Chemical Technology (IICT), Hyderabad in 2012 where he studied natural product synthesis and development of new methodologies under guidance of Dr. J S. Yadav. He then moved to USA to pursue his post-doctoral research at Carnegie Mellon University, Pittsburgh with Prof. Danith H Ly for 2 years and with Prof. Catalina Achim for 1 year in the same university. During his post-doctoral studies in both groups, he worked on the synthesis of various ץPNA monomers. After his post-doctoral research, he came back to India and joined AAP on July 2015 as senior research scientist and continuing his career here. He is presently working as senior research scientist-II and managing a group of 4-6 chemists. He has more than 5 years’ experience on the process R&D work as well as medicinal chemistry and custom synthesis of API intermediates on bulk scale. He has published his doctoral and post-doctoral work in 19 reputed international journals and two US patents. 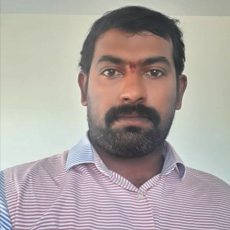 Madhukar completed his MSc in organic chemistry in 2006 from Gandhi Vidya Mandir (IASE Deemed University), Rajasthan. After his masters, he joined as a lecturer in chemistry in A. P. Social Welfare Govt. Jr. College Narsingi, Hyderabad from June 2006 to Feb 2008. He then joined SAI Advantium Pharma Ltd. Hyderabad as a trainee on March-2008 chemist recruited by Sreenu Guntha, (then Senior Director of Process R&D) and worked until Dec 2011. He then left Sai and joined Albany Molecular Research Inc. (AMRI), Hyderabad and worked as a research scientist-I on chemical development from Jan-2012 to Feb 2016 before he moved to AAP on Feb 2016. He is presently working as senior research chemist-I and managing a group of 6-7 chemists. He has more than 12 years of experience in process R&D from milligram to multi kilogram scale. He has expertise in the purification process either by crystallization, salt formations or extractive purifications to avoid column chromatography. He is a co-inventor of two US patents published by one of our clients. 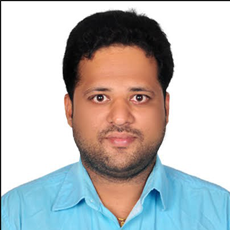 Somi received his PhD on 2016 in organic chemistry from Central Drug Research Institute (CDRI), Lucknow under the guidance of Dr. A. K. Shaw. During his doctoral work, he studied synthetic carbohydrate chemistry under Drug Discovery Programme. After his PhD, He worked as a Senior Scientific Officer at Sapala Organics Pvt. Ltd., Hyderabad for two years and then moved to AAP on 2018. Currently he is working as a Senior Research Scientist and managing a team of 3-4 chemists and writing the status reports. He has published his doctoral work in 5 reputed international journals. 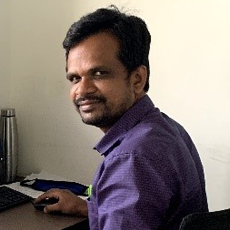 Janardhan earned his PhD from Indian Institute of Chemical Technology (IICT), Hyderabad where he worked on the total synthesis of several natural products and developed new methodologies. After his PhD, he joined GVK Bio Sciences, Hyderabad and worked on medicinal chemistry projects for two years. He then moved to Wayne State University, USA to pursue his post-doctoral carrier with Prof. Jin Kun Cha. During this time, he worked on the synthesis of several natural products and development of new methodologies. After coming back to India, he joined AAP on May 2019 and continuing as a Senior Research Scientist and managing a team of 2-3 chemists and writing weekly updates. He has published his research work in 3 reputed international journals.

AAP is located in the prestigious Genome Valley, just north of Hyderabad. DuPont, Novartis, USP, GSK, AMRI, Sai, Vimta, Laurus, Ferring and many of India’s best known CROs have all located labs in this region, making it one of the fastest growing R&D clusters in the world.

AAP started operations with 4 fume hoods and added another 4 in its second year, 18 in third year. In 2019, AAP built a state of the art facility consists 30,000 sft which includes several R&D laboratories, a dedicated analytical facility, a dedicated kilo lab, a 12 seater conference hall.

Recognizing that productivity is the key to both speed and cost-efficiency, AAP has invested aggressively in lab synthesis equipment. As a result, AAP scientists have well-equipped modern labs allowing them to regularly achieve our goal of going from idea to experiment in 15 minutes or less.